5 Reasons Why You Should Fire That Client

Yes, you read that title right! And just in case you think it was cleverly crafted just to get you to click the link, think again. We fired a client last month.

Had to be a Donald Trump photo!

It sounds strange, right? How can you fire someone you didn’t hire? Perhaps the mere thought of firing a client grabs the thorn of arrogance and pricks away at your conscience. If you’re a client, maybe this is already making you angry and you’re wondering who the heck I think I am. Then of course, if you’re a Martian client, I’m almost certain that you’re currently breaking the reading speed limit! Well, read on!

Every seasoned designer ought to know that time and creativity are his/her most valuable assets; and valuable assets they are! There’s a reason why I decided to pick up and try out Krackles™ (Tangy Tomato is my favorite) when they first came out; been a fan ever since. Also, ignoring local programming and a particularly emotive array of news anchors, there’s a reason why Citizen TV’s color scheme has resonated so well outside Nairobi while the bluish hues of NTV and KTN are more welcome in the city.

If such a designer were to commence a project with the client, the first thing the client must acknowledge is that they aren’t at all superior simply because they sign the cheques. If the designer doesn’t come through, the client’s business goals will not be met, or even worse, they might not even have a product to sell.

The second acknowledgement is that the designer chose the client just as much as the client chose them. They considered the client’s product or service, their passion for it, the significance of the brand, the client’s professional circles, and potential doors that the project could open for them, e.t.c. At Skyline, for instance, we turn down an average of five to ten requests every month and only work on projects that we’re excited about or challenged by.

If the designers therefore take themselves seriously, they have to make this tough choice if things go way South. Here are 5 reasons why I think you should yank the plug on them already.

1. When They Don’t Communicate

All human ties are dependent upon communication, be it marriages, families, or friendships. The same applies to business. For designers to do their work within scheduled timelines, they need plenty of input and feedback from clients. As I’ll keep repeating: honest design does not exist without content. If the client repeatedly delays communication by days, weeks, or even months (yea, I’ve seen them all) then it might be time to chuck your deuces. What usually happens is that you’ll give up chasing after them and move on to other projects, but then they’ll randomly pop back on your grid and expect you to finish the project at the most inconvenient of times. 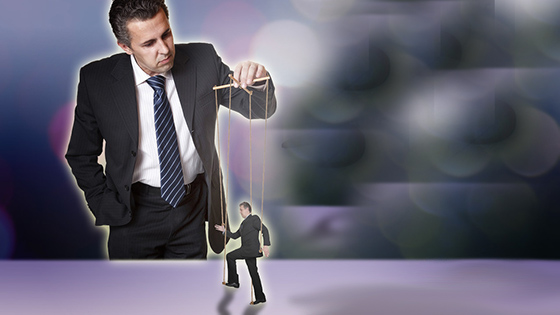 Just as there are those who don’t communicate, there are also those who (if they could) would pitch a tent at your office and become freelance bodyguards breathing down your neck whenever your mouse goes anywhere near the photo of their kitten.

Run for the hills, son! Run and don’t look back!

If a client makes every single design decision and even disagrees with your experienced advice, then you’re not doing what they hired you to do and you have a right to call it quits. After all, it often seems like they can pick up right where you left off, so ensure you hand over the Photoshop files as a sign of no hard feelings.

I give you a sack of maize, you give me a handful of cowrie shells. Now. Coz my wife needs me to pick up a goat on the way home. Yah.

That was pre-colonial Kenia. Times have changed, but the principle remains the same. Payment schedules should be adhered to just as strictly as deadlines. Unless both parties agree to push either the deadlines or the payment dates, each side should respect the other and deliver. If that isn’t happening, cut your losses and leave early my friend. Better go back home to your wife with the maize. Live to barter another day.

4. When They Change The Plan But Maintain The Budget

Seriously yo. How do you sign a three-page contract with a client, then halfway through the project they unleash a 3-metre scroll of “quick” changes?

Either we redefine the remuneration, or… Catch you later, pardner!

5. They Keep Guilt-tripping You

Lastly, there’s a special, twisted kind of people who use anything and everything to their selfish advantage in a relationship, including your past mistakes. Oh my goodness! You will never hear the end of that one time you uploaded an article with the wrong image, or that other time when you couldn’t meet on a Sunday when they had an important impromptu event the following day. Ei, the weariness! It gnaws at the soul, I tell you!

There’s one particular client that we actually offered to repay, just so that the torment could cease.

As I embolden you to consider ending that unhealthy relationship with your client(s), I must also temper this with the following reminder: the aim of firing a client is not to run away from the problem. The best outcome would be the client finally realizing that you’re serious about your work and that you’ve got the conviction and the guts to stick to your principles. If they’re willing to change their ways, then by all means, be gracious and let things slide.

However, if they don’t, you owe it to them and to yourself to end things as speedily and as amicably as you can. Don’t be a fool. Don’t be rude. Don’t block their number and unfollow them so they can’t DM you.

8 responses to “5 Reasons Why You Should Fire That Client”